24/11/2021
Researchers from IQS and UAM collaborate in the PhotoSMS project to develop "all-in-one" photodynamic agents capable of forming nanostructures with phototherapeutic activity.

Cancer and microbial infections are two conditions that share uncontrolled and unwanted cell proliferation: cancer is an abnormal growth of one’s cells that can spread to other organs and usually ends in their collapse. On the other hand, pathogenic microorganisms parasitize their host by growing and living on an organism until it disappears due to organ failure or septic shock.

Antibiotic therapies and chemotherapies are the most common treatments used to fight both infections and cancer. However, they suffer from two major issues: high toxicity and the appearance of resistance. Therefore, alternative approaches are needed that are effective and do not naturally cause resistance.

Photodynamic therapy (PDT) is a non-invasive form of phototherapy that uses light, harmless in itself, to activate photosensitive pharmacological agents called photosensitizers (PS) that generate cytotoxic species to eradicate tumours and infections. Due to its mode of action, it does not provoke the appearance of resistance; instead, it activates the immune system, a fact that makes PDT an excellent additional aid in combination treatments.

Within this context, the AppLightChem research group at the IQS School of Engineering (URL), a Final Degree Project supervised by Dr Santi Nonell, and the team led by organic chemistry expert Dr Gema de la Torre at the Autonomous University of Madrid (UAM) are conducting the PhotoSMS project, an original and ambitious project with the primary objective of developing new photodynamic agents that are capable of self-organizing, thus forming nanostructured objects with photobiological and phototherapeutic activity. In this way, the use of vehicles for transport is avoided and a dual phototherapeutic and photodynamic action is accomplished while minimizing damage to the tissue surrounding the lesion.

Achieving this objective requires multidisciplinary collaboration from both teams, which boast solid experience in the fields of photochemistry and photobiology on the one hand, and organic synthesis and supramolecular assembly on the other.

Two coordinated subprojects in one

The first, which will be conducted by researchers at the UAM, will be devoted to the synthesis of individual amphiphilic components and the study of their self-assembly capabilities to create stable nanostructures in aqueous media with multifunctional capabilities (phototheranostic applications, multimodal therapies, etc.).

The second subproject, which will be conducted at IQS-URL, will be responsible for studying the photochemical, antimicrobial, and antitumour activity of nanostructured photodynamic agents through mechanistic studies and in vitro and in vivo tests. The multidisciplinary team working on these objectives at IQS-URL includes the researchers Santi Nonell, Montserrat Agut, María Auset, Óscar Gulías, Roger Bresolí, and Mireia Jordà. The team is also being assisted by Dr Joan Francesc Julián, Dr Lidia Blay, and Dr Anna Piqueras from the Hospital Universitari Germans Trias i Pujol.

This project is being financed by the Ministry of Science and Innovation under the Spanish National Plan for Challenges – Challenge 1: Health, demographic change, and well-being, along the strategic line “New diagnostic and therapeutic techniques” in concrete. 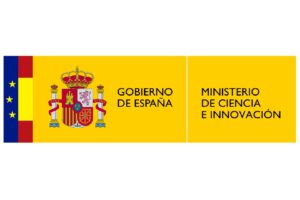 Specialised research in biomedical applications (antimicrobial resistance with phototherapy) and development of theragnostics in the diagnosis and treatment of tumours.
SEE MORE 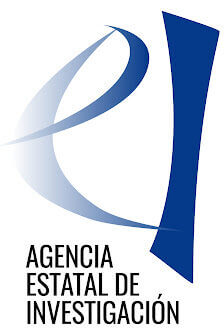 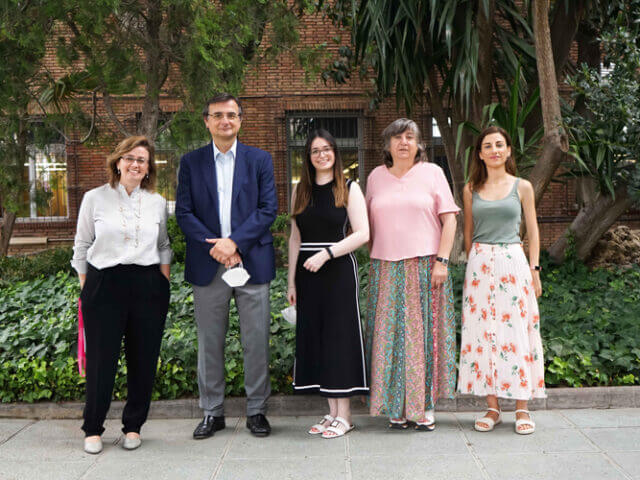 29/07/2021
Dr Elena de las Heras recently defended her doctoral thesis at IQS, in which she has designed and developed new photo-immuno-chemo-nanotransporters, which have shown high photodynamic activity against tumour cells and are effective and safe for the photodynamic delivery of doxorubicin on demand.
READ FULL NEW