Lafora disease is the most severe form of human epilepsy. It is an inherited neurodegenerative disease that initially manifests itself with epileptic seizures in adolescence and evolves into a progressive degeneration of the nervous system leading to death between five and ten years after the onset of symptoms.

This rare disease is characterized by the accumulation of abnormal glycogen aggregates – a glucose polymer that serves as an energy reserve for cells and organs – in the brain. These abnormal glycogen aggregates are called Lafora bodies and there is currently no treatment for them. However, thanks to advances in the knowledge of the disease in recent years, some therapies are currently in the clinical trial phase.

An international consortium of researchers

In 2014, the Chelsea’s Hope Foundation –based in the United States and comprising families of Lafora disease patients – came up with an initiative to create an international consortium coordinated by the University of Kentucky and including paediatricians, neurologists, and biomedical researchers with the aim of studying this disease and seeking solutions for patients.

One of the members of this consortium is Dr Jordi Duran, a biomedical researcher and professor in the Bioengineering Department at the IQS School of Engineering. Dr Duran’s research – in which IRB and IBEC researchers participate – has been key in demonstrating the role of excessive brain glycogen accumulation in the development of Lafora disease1.

Until recently it was believed that this disease was caused by the accumulation of Lafora bodies exclusively in neurons. But recent research, co-led by Dr Duran, has discovered that what is responsible for the neurodegeneration associated with the disease are the Lafora bodies that accumulate in astrocytes, a type of glial cells that constitute the nervous system along with neurons. This discovery is very important for the design and development of specific drugs that specialized research centres are working on, and could have important implications for other neurodegenerative diseases.

New funding and the future of the research

The future of the research led by Dr Duran’s group now involves uncovering the mechanism through which glycogen clusters cause this neurodegeneration in addition to studying the possible role of this pathological mechanism in other similar diseases. To help make this objective a reality, the foundation has just awarded Dr Duran a grant to fund his research project.

To donate to the foundation, please visit: https://chelseashope.org/donate/ 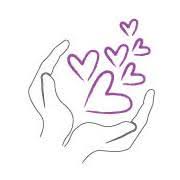